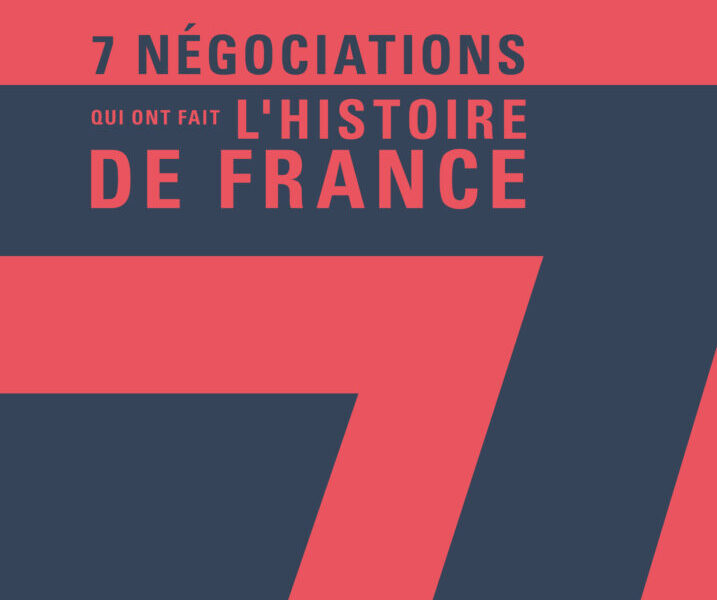 From the permanent negotiation of Cardinal de Richelieu to the diplomacy of Talleyrand, the history of France was built as much on the art of peace and the strategies of negotiation and alliance led by visionary strategists as on the art of war of brilliant generals in the violence of battles.
Unfortunately only available in French, this clear and didactic book offers to buyers, sellers, business leaders or simple people the keys to the science of negotiation illustrated by the lessons of the past with historical context and analysis of the balance of power according to the 3 P’s rule: Person, Problem and Process.

Read with interest and discover the keys to the seven great negotiations of French history in the contexts of Louis XI, Catherine de Médicis, Jules Mazarin, Charles-Maurice de Talleyrand-Périgord, facing Stalin, Simone Veil or Michel Rocard. For each one, the authors propose a historical timeline, the narration, the three lessons of yesterday for today with regard to People, Problems and Processes and quotations and a bibliography to go further.

Overview of 5 of these historic negotiations

“Beware of giving battle and remember the advice of Louis XI: signed peace is always more advantageous before defeat.”
Catherine de Médicis (1519-1589), in a complicated political context, conducted continuous negotiations on all fronts while eight wars of religion and as many treaties or edicts followed one another. His work inspired the Edict of Nantes in 1598, a fantastic compilation of previous tolerance treaties.

“States receive so many advantages from continuous negotiations when they are conducted with prudence that it is not possible to believe it if one does not know it by experience. I dare to boldly affirm that to negotiate unceasingly, openly or secretly in any place, even if no present fruit is received from it and the fruit that can be expected in the future is not apparent, is a necessary thing for the good of States.“
Jules Mazarin (1602-1661) took the fate of French diplomacy from Cardinal de Richelieu, strengthened royal authority, pacified the kingdom, offered a lasting peace with the kingdom of Spain and the Habsburgs with the Treaty of the Pyrenees (1659), and invented a diplomacy that is still in force today with the Treaty of Westphalia (1648).

“In important matters, the reproach of slowness pleases everyone; it gives those who make it an air of superiority, and the one who receives it the air of prudence.
France, after the 25 years of war which destabilized Europe, presented itself defeated at the Congress of Vienna from September 18, 1814 to June 9, 1815. Charles-Maurice Talleyrand-Périgord (1758-1853) had to save what could be saved while the European powers of the coalition wanted to extend their possessions.
Faced with 216 states, including 209 principalities, two emperors, five kings and more than a hundred ambassadors and other diplomats, Talleyrand is assisted by a dozen brilliant diplomats and a secret weapon: his cook Antonin Carème. We learn how Talleyrand brought about a European law based on law and not on the law of the strongest. A model of influence negotiation to be learned in schools.

“We find ourselves in the presence of an immense failure, a complete collapse of what was agreed at Yalta.“
Yalta, February 1945, the war has not chosen its winner when the two great powers meet to draw the borders of the world according to the autocrat little father of the people Stalin and the president Roosevelt and the English PM Churchill. Joseph Stalin (1905-1953) will get everything he came for. February 11, 1945, the last day of the negotiations. The photo immortalizes the historic moment and the three men will never look at the lens at the same time…Significant. The Cold War is declared before the previous one is even over.

How should we have negotiated with Stalin? This is the lesson proposed by the authors : Mr Grésy, associate founder at AlterNégo and Mr Le Deley director Talent Advisory at Lincoln.

About the Digital Transformation of Procurement – interview with Sylvain Féraud 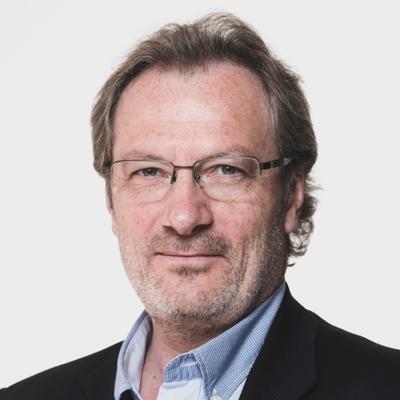